I got to the parking area at the trailhead around 4pm. Due to unclear signage, I ended up driving part way into the summer parking lot/winter snowmobile trail.

After I realized my mistake and started to back up, just a car’s length from the dry, paved road, my driver’s side front tire fell off the edge of the packed snow. My car ended up stuck in snow up to the front axle, in the middle of the snowmobile trail. 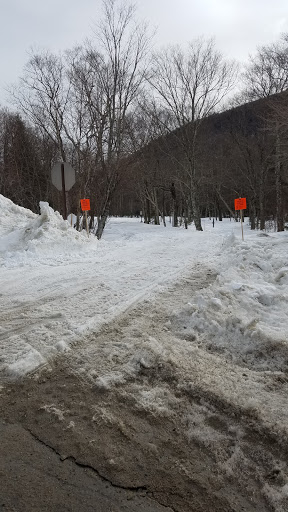 Some nice folks tried to help me shovel and then push it out, but that just wasn’t happening. Just as I was dialing AAA for a tow, a hiker walking past offered up a tow with a strap and his car. I eagerly agreed. We got the strap set up and wrapped around my rear axle. And with a few good heaves from a four-door Volkswagen Jetta, my Ford Fiesta was free of the snow and on dry ground again. All of that took maybe 20 minutes but it was a hell of a start to my hike. 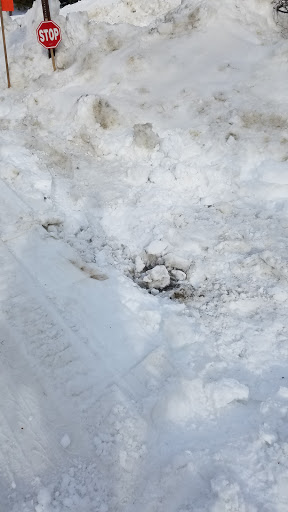 From there, I packed up my backpack, put on my snowshoes, and hiked out on the Lonesome Lake Trail. 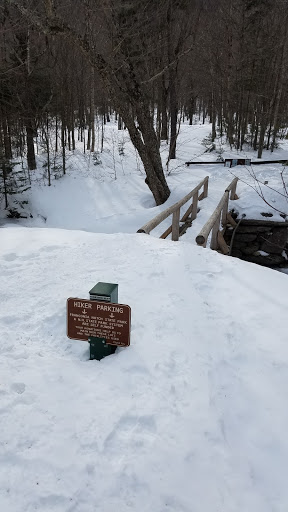 The snow was well packed down all the way up to the intersection with the Cascade Brook Trail and the Dodge Cutoff. From there, the most packed trail went across the lake towards the hut. 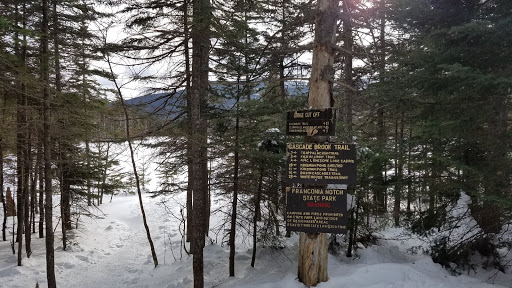 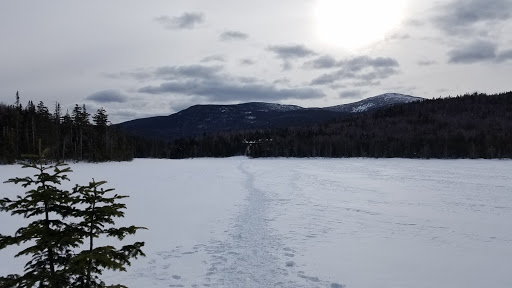 From here forward, I was very glad for my snowshoes. While the trail was packed, some people wearing only boots had put holes in the snow, making the terrain more challenging.

I continued along the Lonesome Lake Trail until the intersection with the Kinsman Ridge Trail. 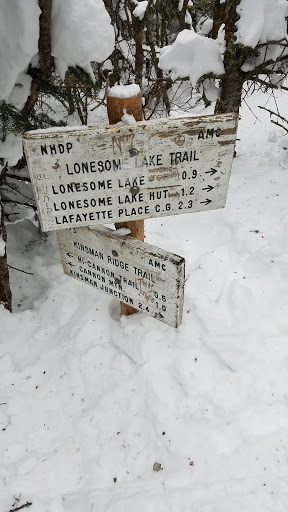 From there, I went left to ascend the northeast Cannonball. I ran into three guys setting up a snow camp at the peak. 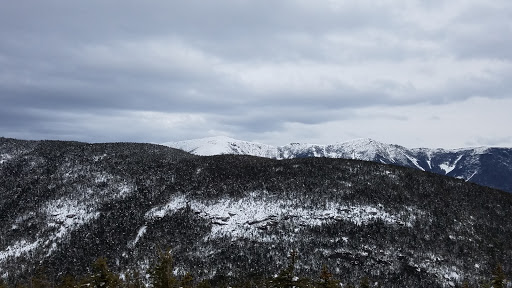 After taking some pictures, I headed back down to the trail intersection and then ascended Cannon by the Kinsman Ridge Trail. The bottom half-mile was steep and my snowshoes had some slipping but once I got to the second half, the going smoothed out. 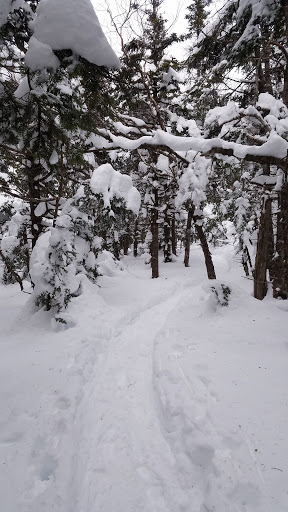 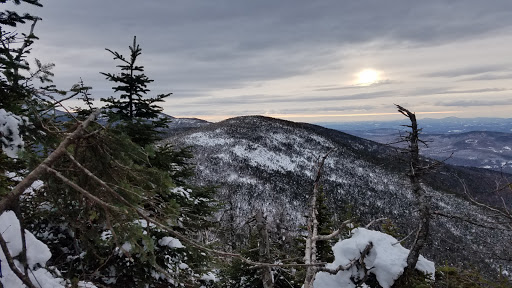 I summitted Cannon, scampering up the viewing tower for some pictures of Franconia Ridge and the Cannonballs. 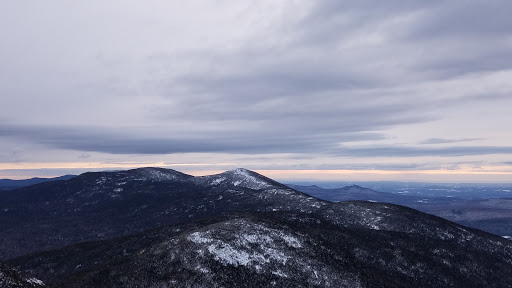 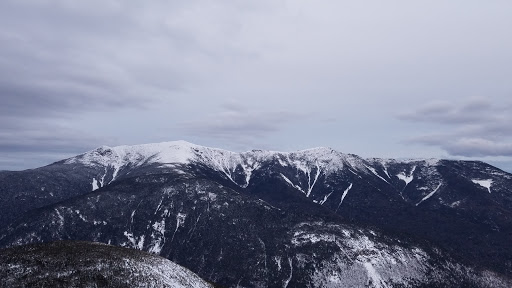 Then I headed back down, taking the left at the trail intersection with Hi-Cannon and descending by that trail. 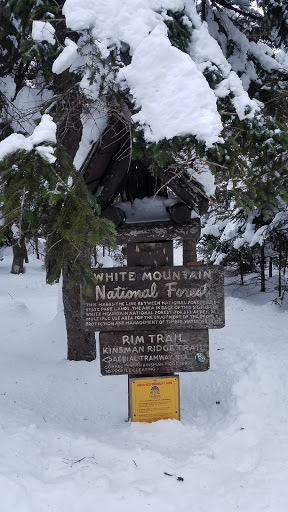 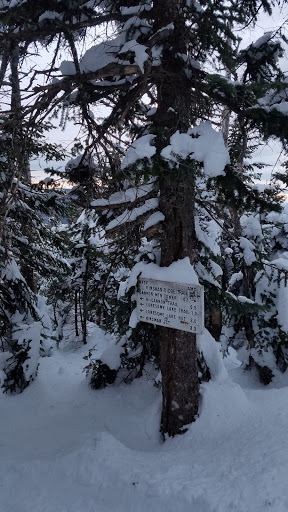 The sun set as I headed down, giving me beautiful views of Lonesome Lake and the hut. 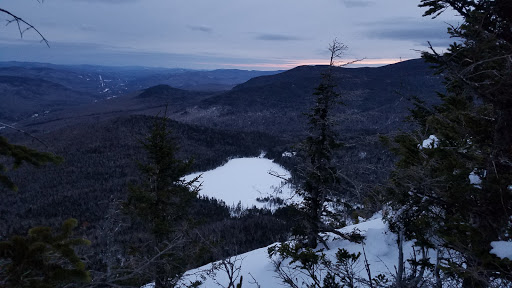 I hiked by headlamp for the last 45 minutes or so. The hike down was somewhat steep but uneventful. I made it back to my car by 8:15pm. 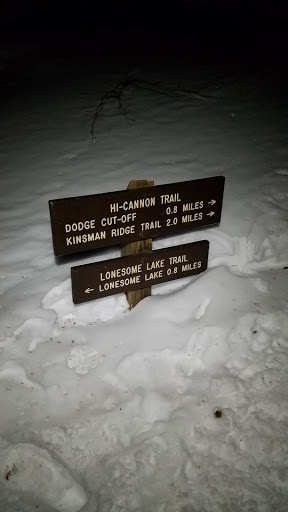