After a nice relaxing evening, we climbed into bed and fell asleep around 9pm. We were woken up multiple times during the night by very intense, very heavy downpours of rain accompanied by high winds. It rained hard enough multiple times that I was concerned for the structural integrity of the shelter. In the morning, it rained until around 6:30am, leaving the trees and foliage dripping wet, with large puddles everywhere. Every trickle became a stream, which included a lot of today’s trail.

We were up by 6:15am and on trail by 7am. It was harder to pack up and put on damp gear; despite the shelter being very deep, water was sprayed halfway into the shelter.

The first few hours were very wet and extremely slippery; that was the name of the game overall today. We hiked past Sterling Pond and one of Smugglers Notch chairlifts, and then descended to VT 108. The sun had finally decided to show its face momentarily, and we were by a visitor center so we took a quick bathroom break. Then it was relentless uphill hiking up Mansfield. Around 1.7 miles from the road, we made it to Taylor Lodge. We took a water and snack break there and then pushed onward. 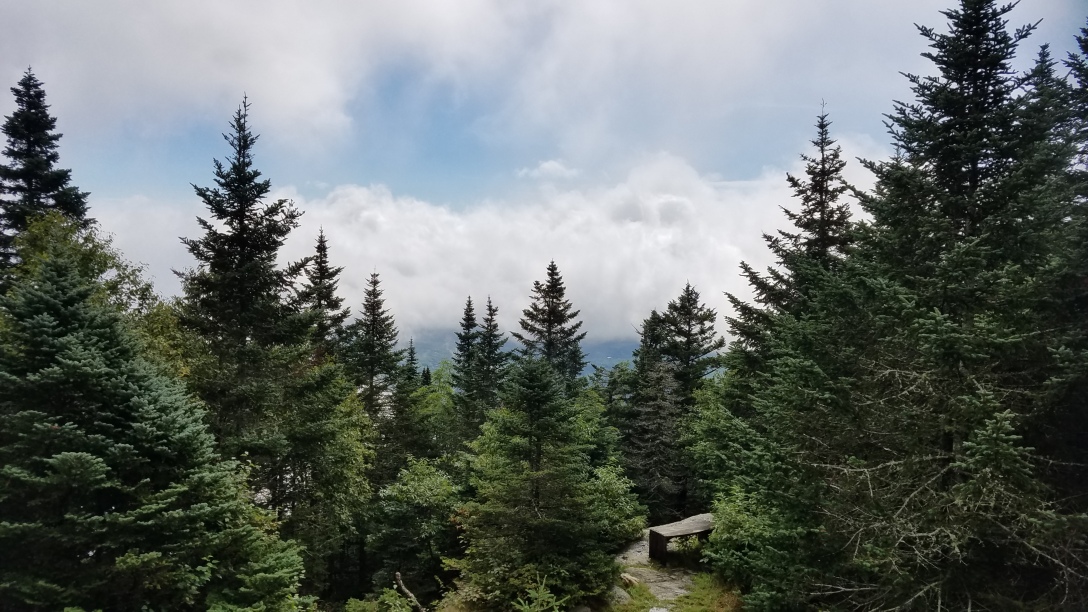 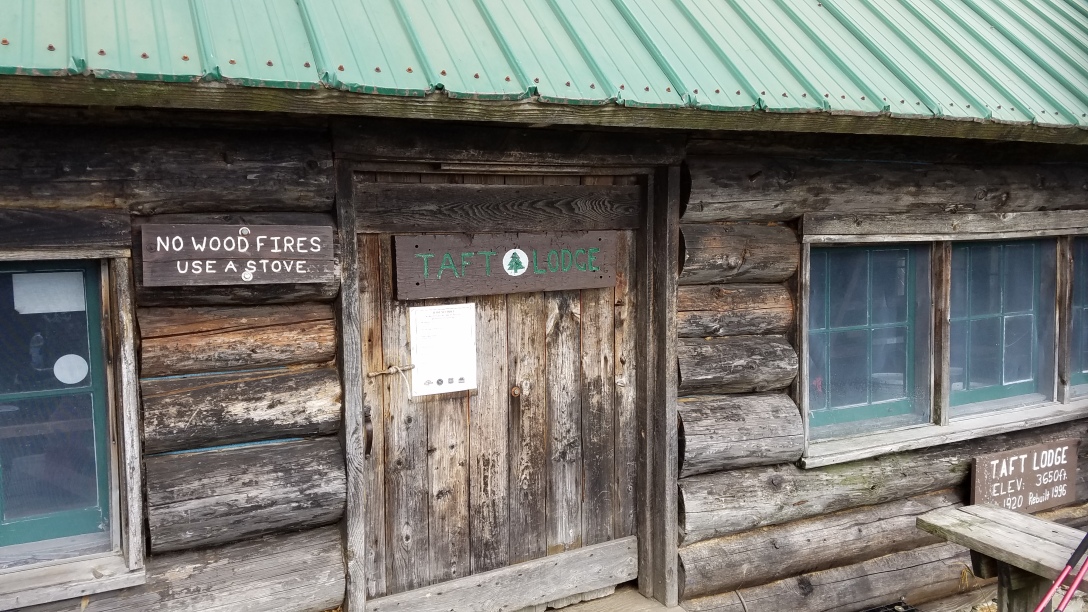 We climbed the final, slightly terrifying 0.6 miles to the summit of the Chin. The summit was completely socked in and there was a 20-30 MPH super intense wind to boot. 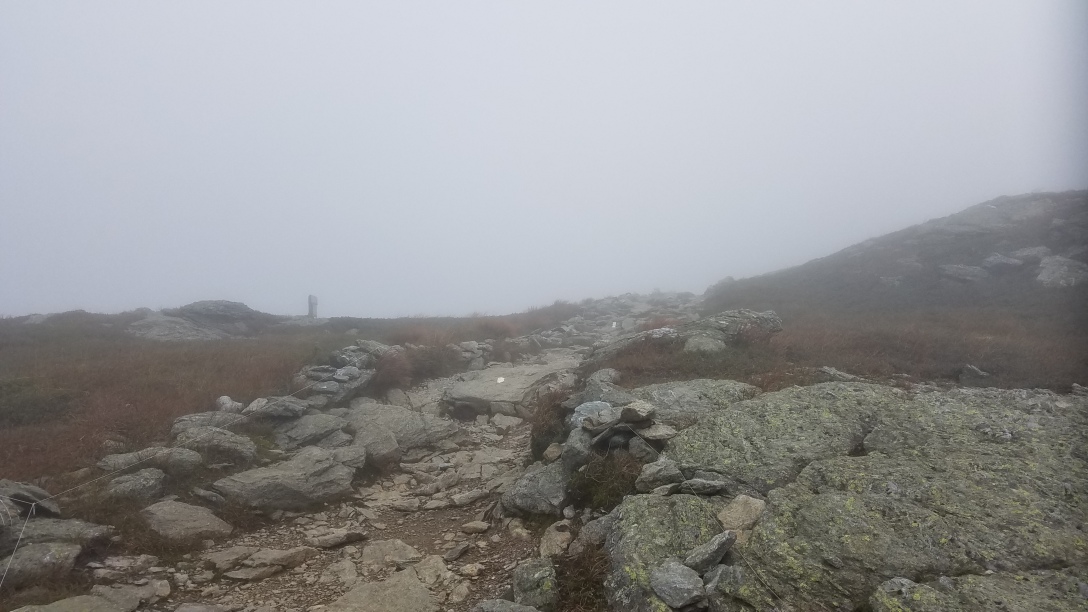 We passed over the Upper and Lower Lips and Drift Rock before arriving at the Mt Mansfield Visitor Center. We had nice chats (and free snacks – yummy chocolate granola bars and candied ginger!) with Hannah, the GMC caretaker working the visitor center today (she is the caretaker of Butler Lodge as well). 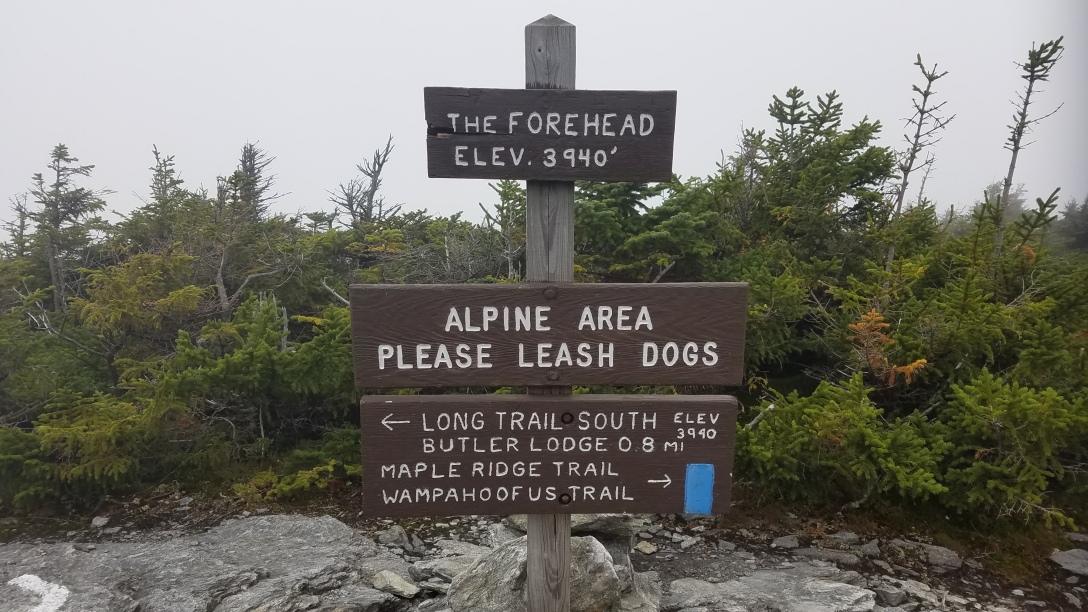 From there, we ascended the Forehead and then began descending Mansfield. The descent was pretty brutal, with at least 4 ladders that were often terrifying to get to in the first place. Both Towanda and I fell at different points, getting some scrapes and cuts. 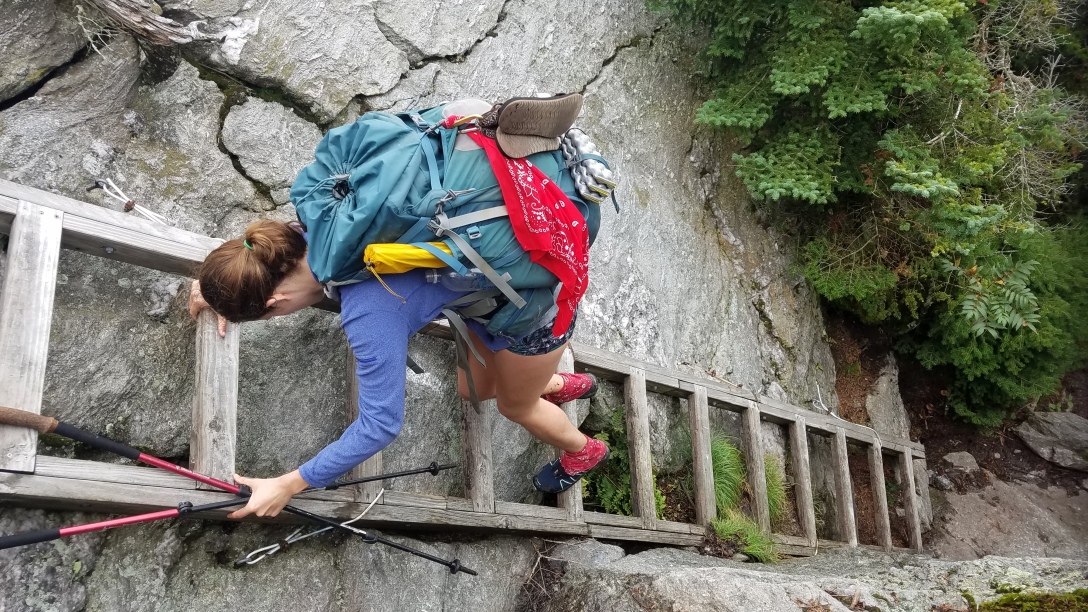 We finally arrived at the side trail for Butler Lodge and pressed on. We passed by the Twin Brooks tenting area and then arrived at the Taylor Lodge side trail. We had a snack and decided to push onward to the next shelter. 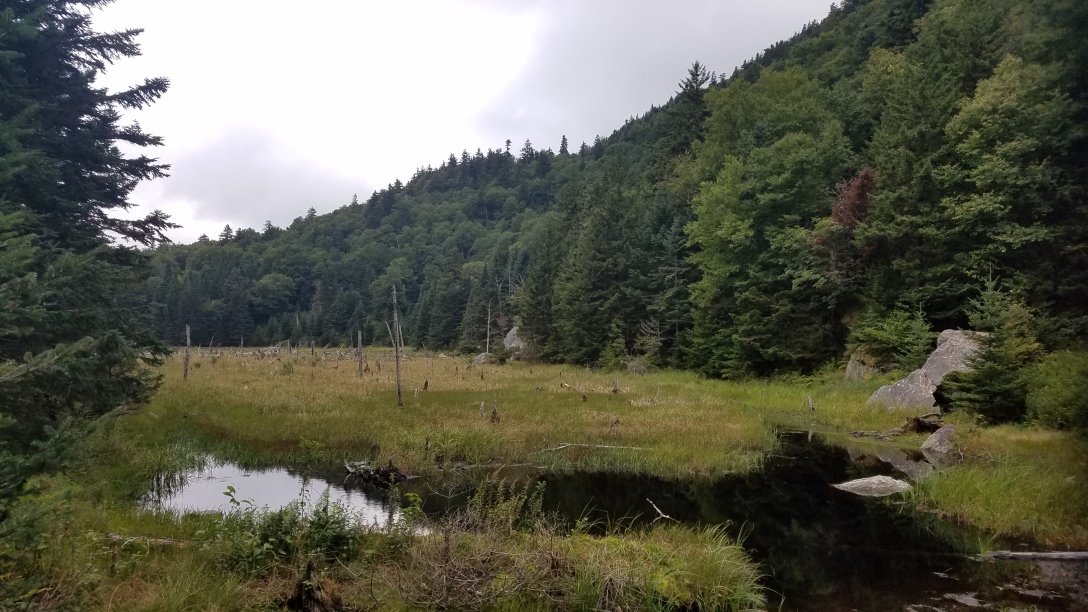 We climbed over Mt Clark and Mt Mayo before arriving at Puffer Shelter around 6pm. The final few climbs were super hard with aching knees and muscles.

We’re sharing the shelter with a NOBO couple with two Jack Russell Terriers; at least we won’t have to worry about mice lol. We made dinner and changed out of wet clothes; it’s looking to be a cold night. Tomorrow, we’ll have a ~14 mile hike into town for our zero day to begin! 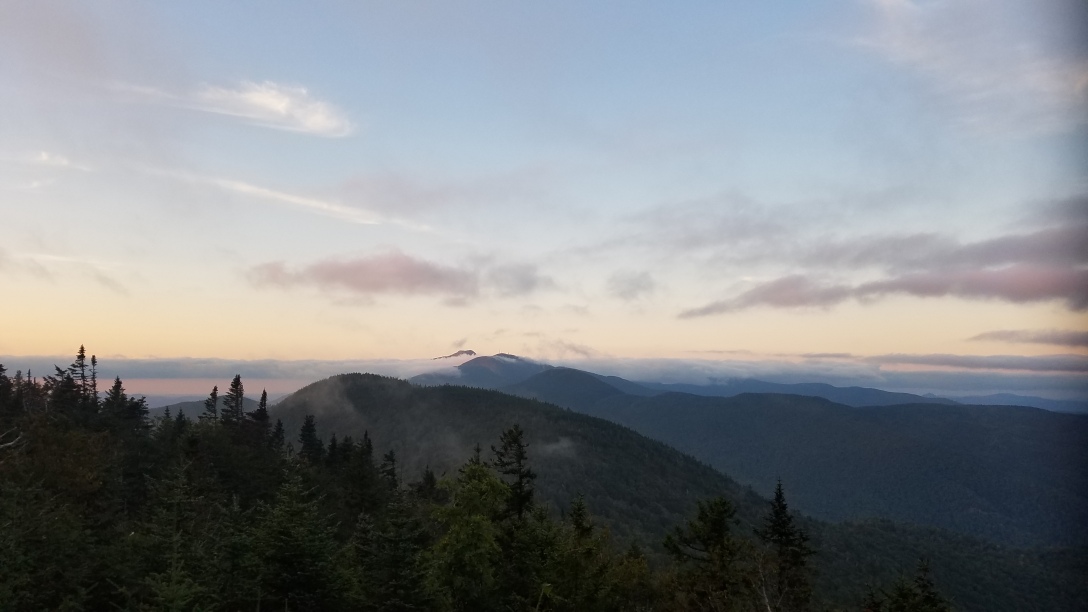 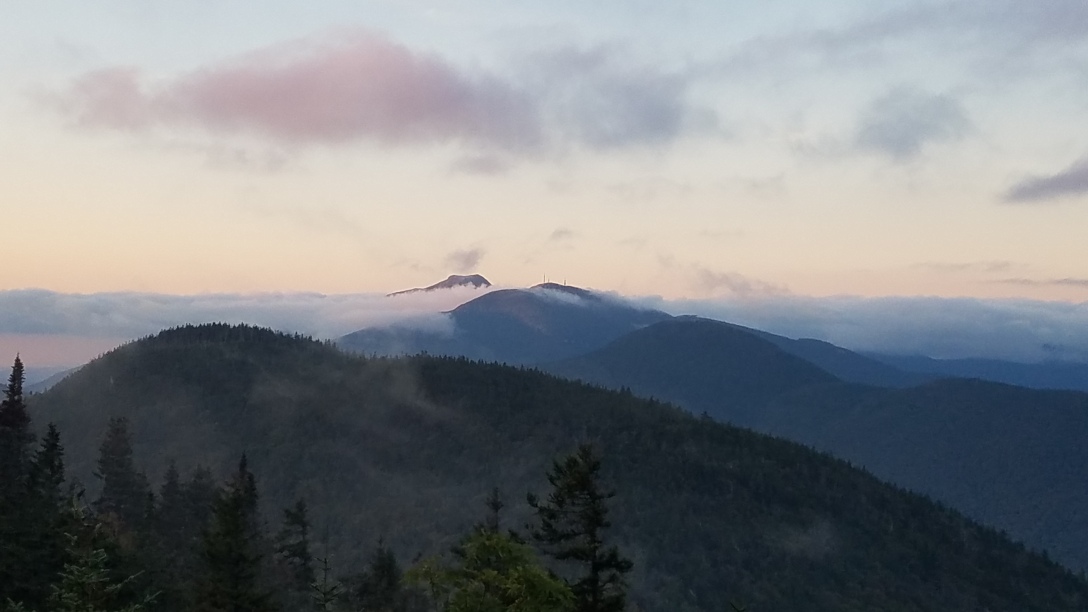