I set up my GPS this morning and started driving by 6:30am. I should have arrived by 7:30am. However, Google doesn’t know a lot about the dirt logging roads of Maine. It tried to send me down a gated and padlocked road. 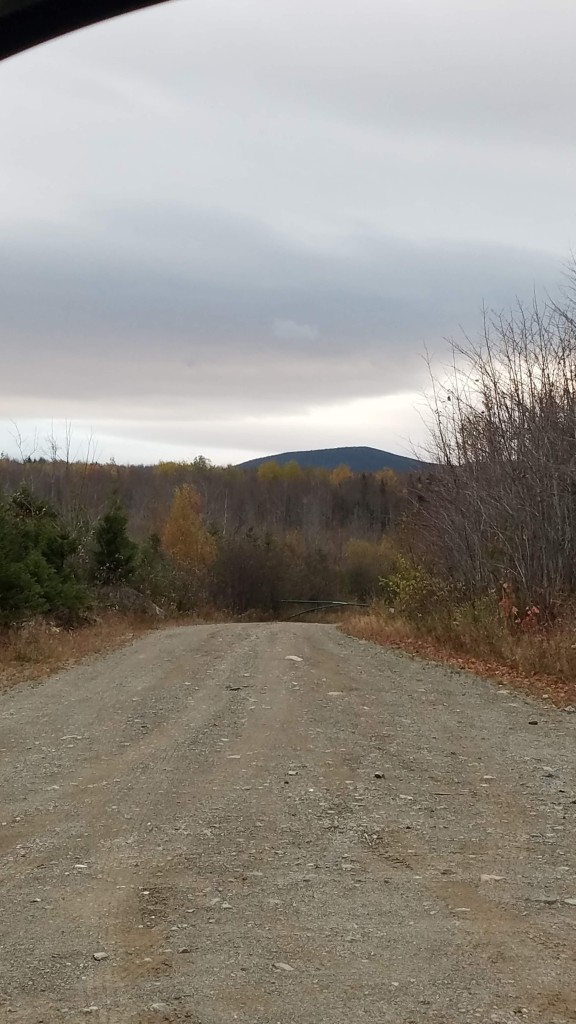 Using Google Maps, I was able to figure out that I could probably drive around. I drove around, and the roads were reasonable (for a pickup truck). With the detour and distress, it added another 30 minutes to my driving time. I arrived at the base of my first mountain around 8am. I parked on the side of the road (which required my truck’s 4-wheel drive to escape later) and then headed out.

I used a rough made GPS track to bushwhack straight up the mountainside of East Kennebago from the road. However, as it turned out, I picked the “wrong” way (i.e. the way everyone else goes, where the herd path is). So it was truly a straight up bushwhack, with no herdpath of any kind. And while the mileage was supposed to be less, it ended up being the same damn length. 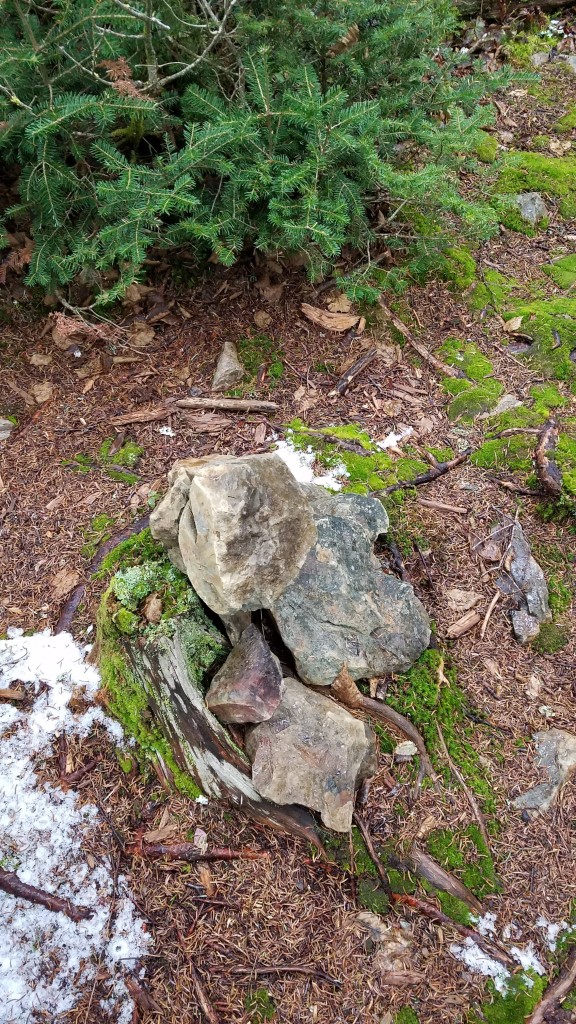 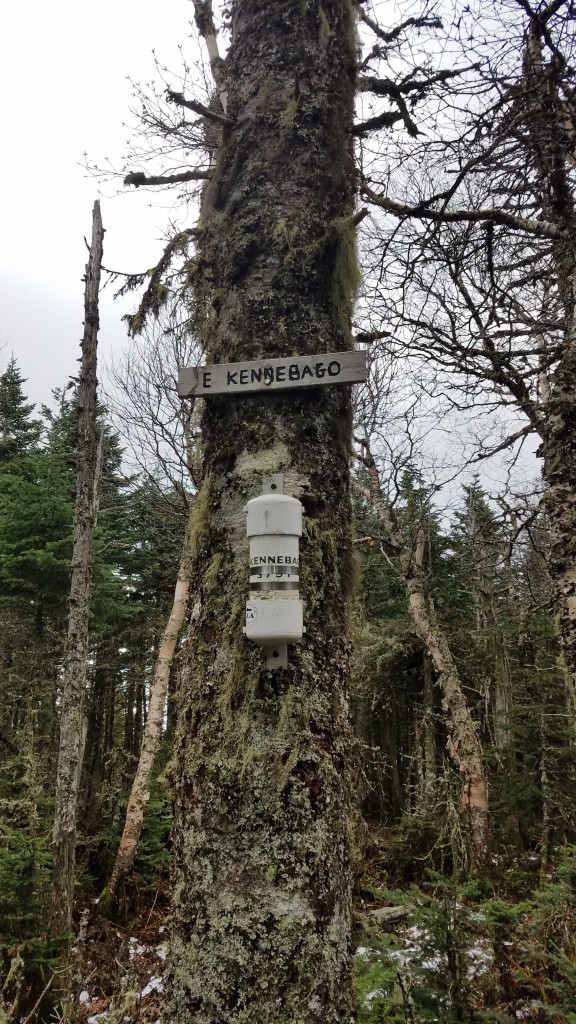 I had to use my truck’s 4-wheel drive to escape my parking space. Then I followed the track that Google Maps offered me. As it turns out, a 4-5 mile portion of that drive was on a grassy/swampy/muddy old woods road.

While perhaps technically a place that some 4-wheel drive vehicles with a high ground clearance could travel through, it was fucking terrifying. I threw on the 4-wheel drive and continued forward, mainly because I didn’t see another way around and also, a pick-up truck had passed me going the other way, so I figured they’d made it through. I didn’t get stuck and the truck did a great job, though I definitely hyperventilated for most of those 4-5 miles. Additionally, I couldn’t go the full length of the final road, as there were a major washout, around 4 feet deep and 8 feet across, so I had to walk ~2 extra miles, each way. At least it was on a nice dry, flat road. 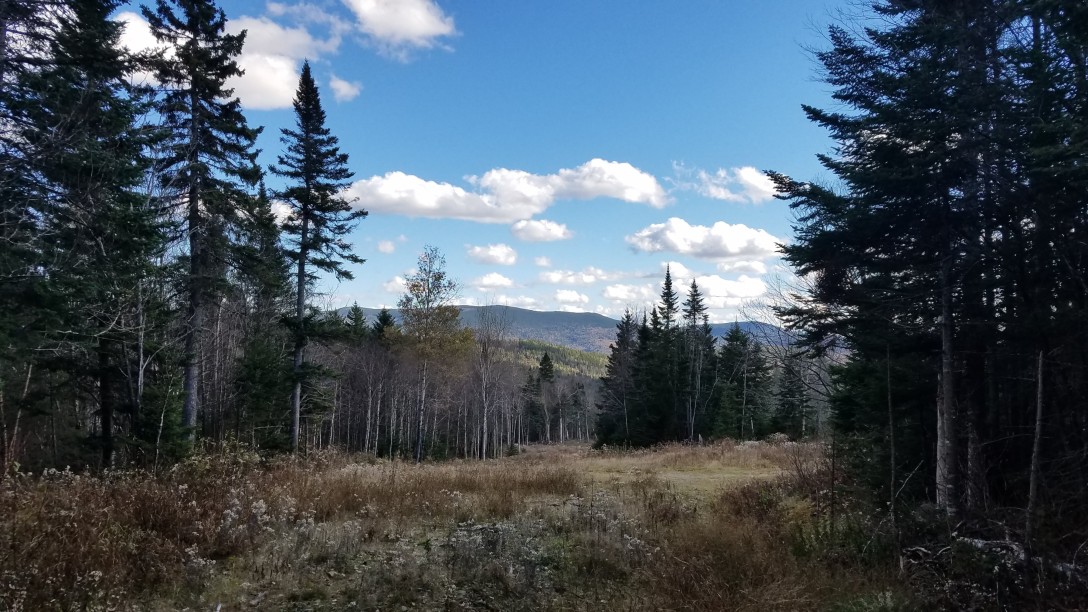 Along my road walk, I ran into the only other person I’ve seen hiking so far this weekend. The guy is from Massachusetts and he’d just finished this hike; he gave me some tips and a paper copy of the directions he’d used. Once the logging road ended, I climbed over leftover logging slash, and stayed to the right to remain on the herdpath. 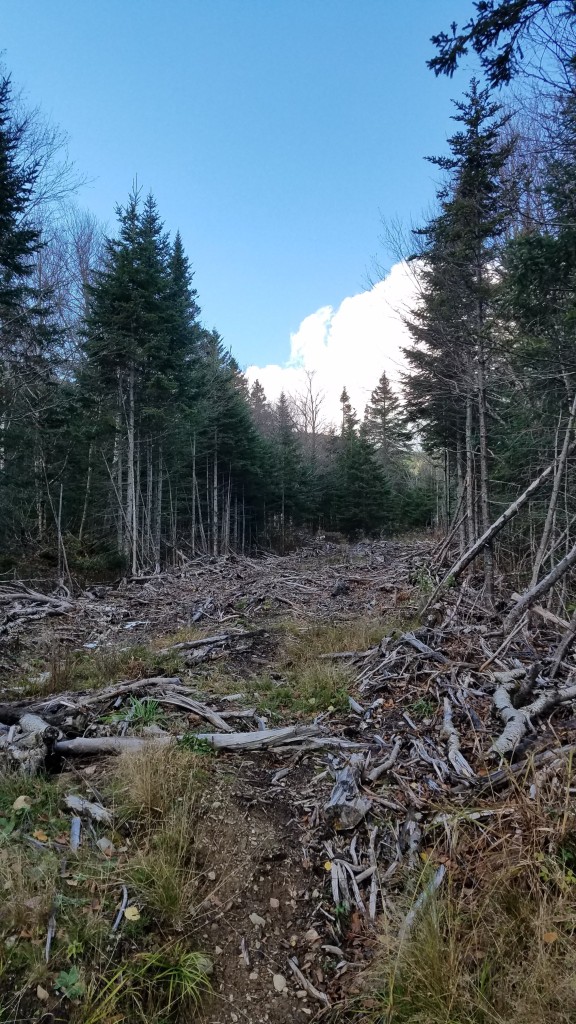 I followed this up to the first intersection with a path heading to the left; it went to the Kennebago Divide summit. I continued straight. 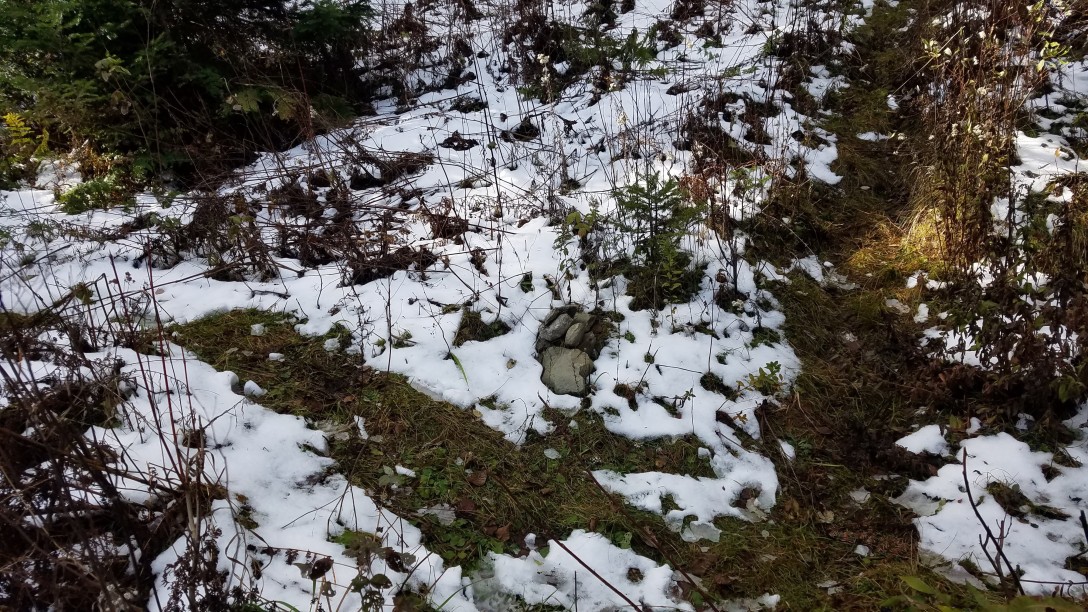 A while later, I came to another trail intersection, with a trail going to the left; it goes to Kennebago Divide as well. I went to the right to continue upward to White Cap’s summit. 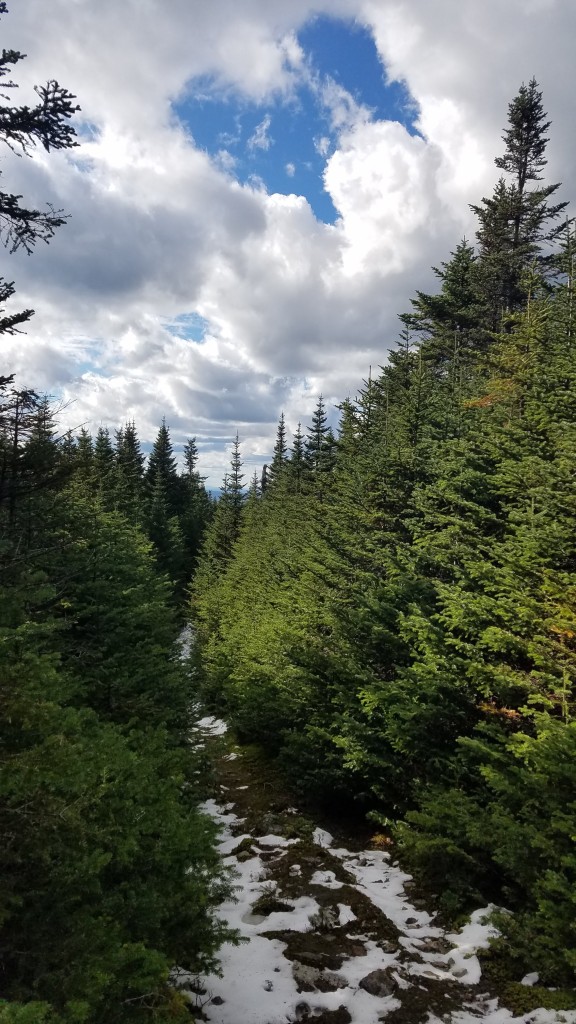 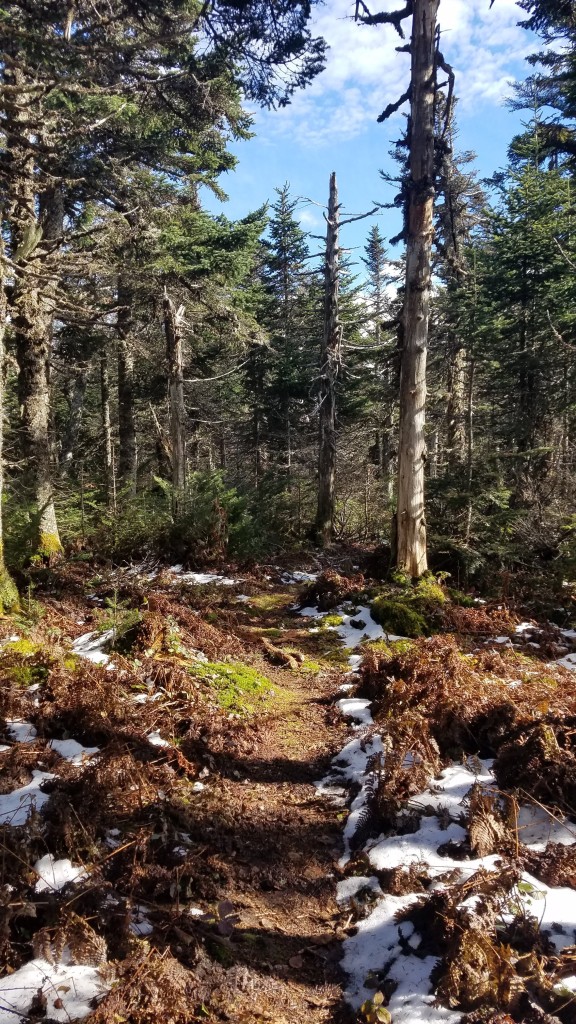 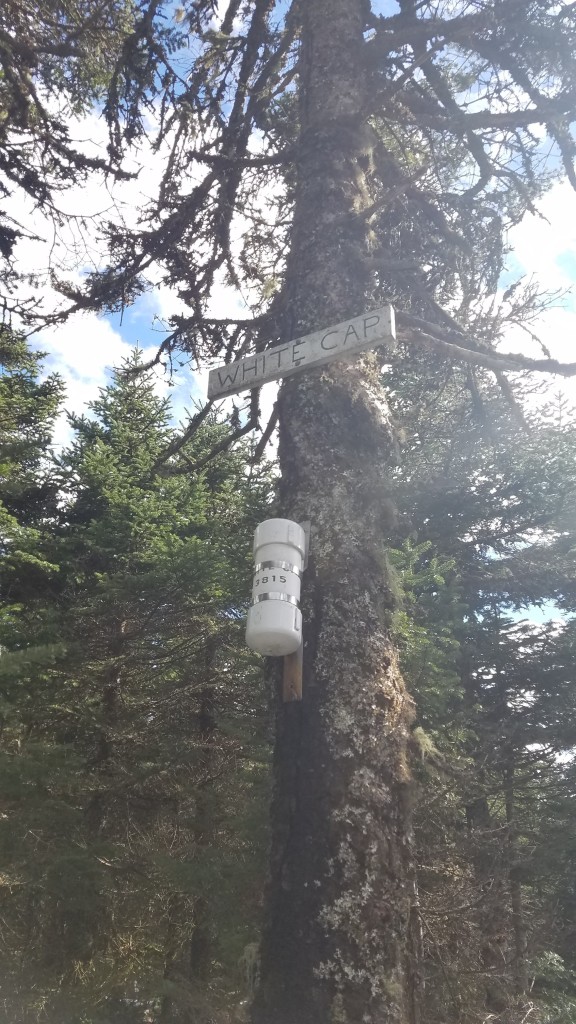 I then turned around, and went back to the first cairn/trail intersection and headed up to Kennebago Divide. 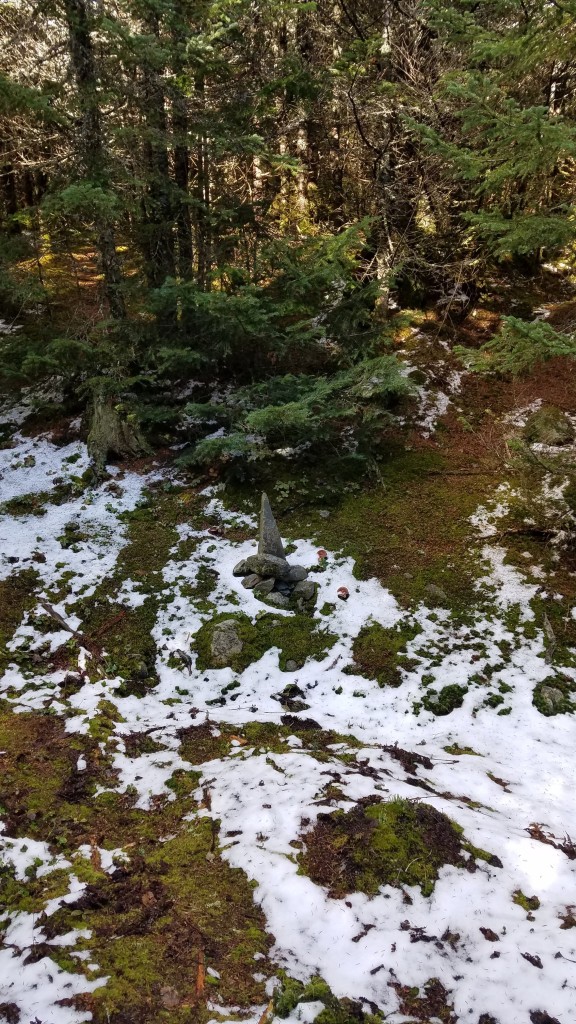 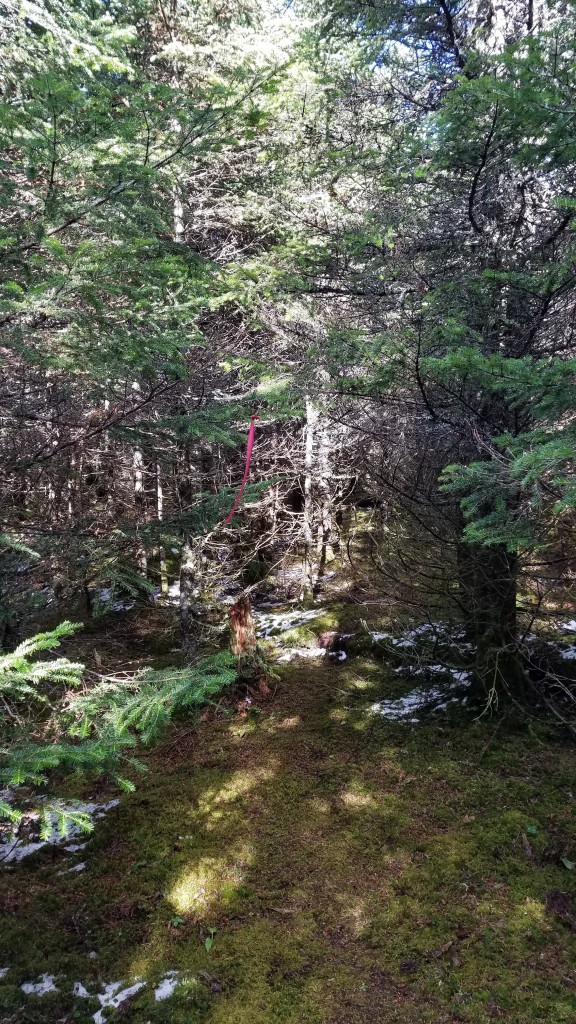 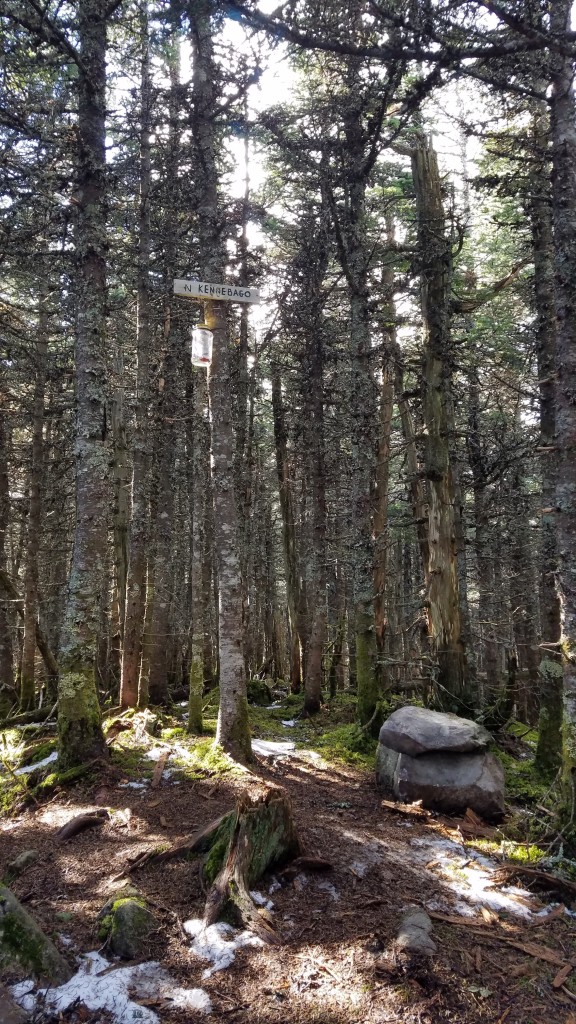 From the summit, I headed back down to the road; I bushwhacked off the herdpath because it was shorter to cut straight down the mountain, rather than go down and around. 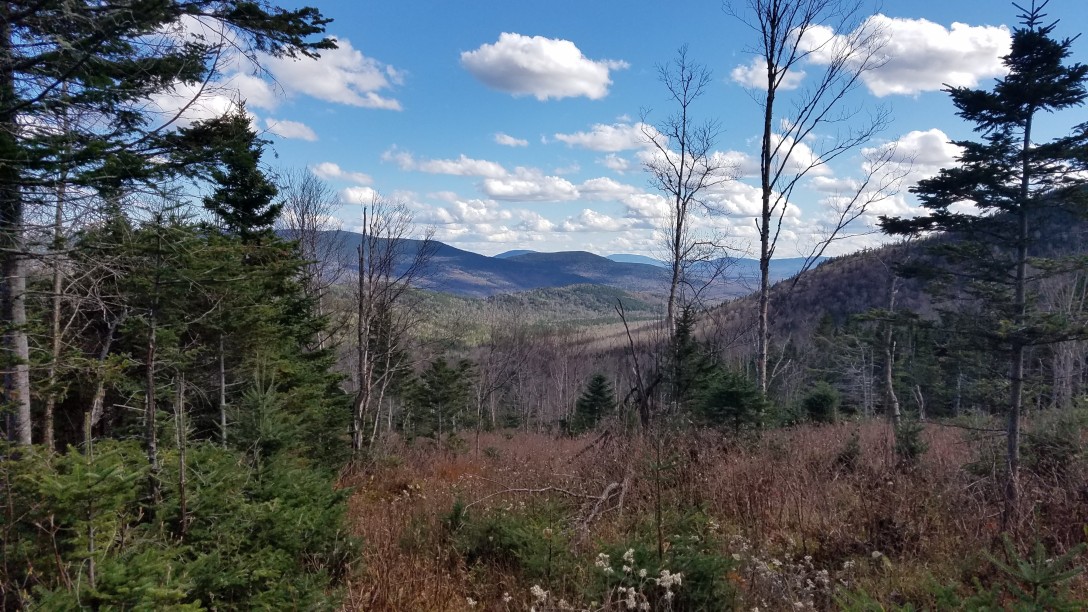 Of all my hikes today, this was the nicest one, in terms of well-defined herdpath. It was an easy walk and I enjoyed it. I made some really good time because of the smoothness of the hiking. It was nice to pick the ‘right way’ for once…

Once I got back to the truck, I drove to the base of Snow (Cupsuptic). This drive was uneventful. The GPS directions worked well and I arrived where I needed to.

I drove around almost the entire base of the mountain, and I didn’t see a herdpath start anywhere, so I headed to my originally chosen place. There was no discernible herdpath up Snow, so I bushwhacked up overgrown logging areas filled with prickers, until I started into the forest. 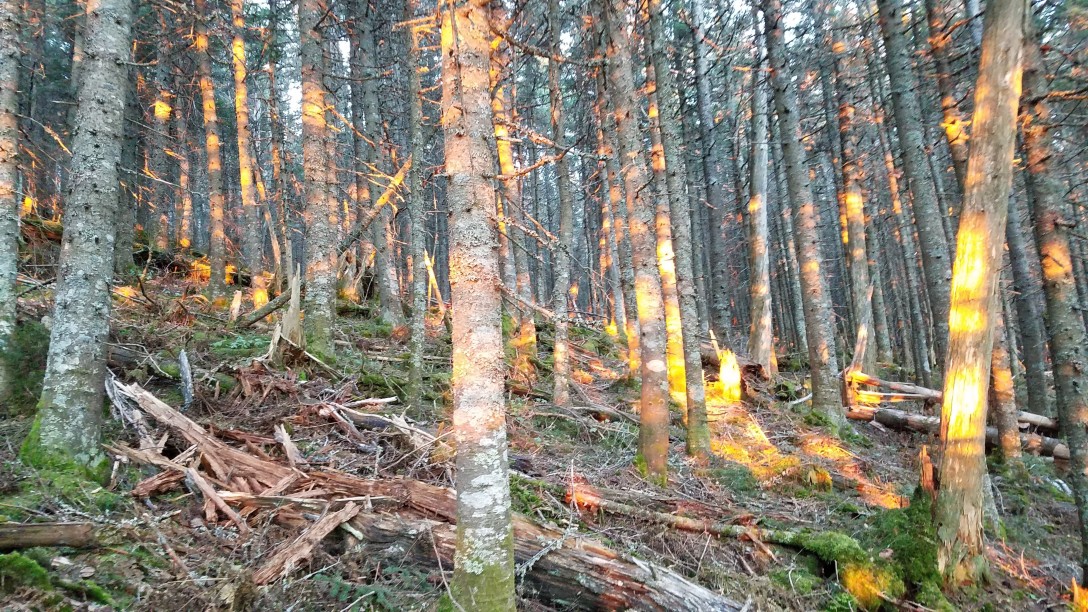 I ended up stuck in some spruce traps, and ended up with pine needles in lots of rude places. I had at least 1/2 cup of pine needles on my person, between those in my pockets, down my shirt, and stuck in my pants. Again, I chose the ‘wrong way.’ At the summit, I found a nice, shiny herdpath leading in this direction. On my way back down from the summit, I was able to avoid the spruce traps so I had a smoother hike back down. I arrived back at the truck just as the sun was setting. 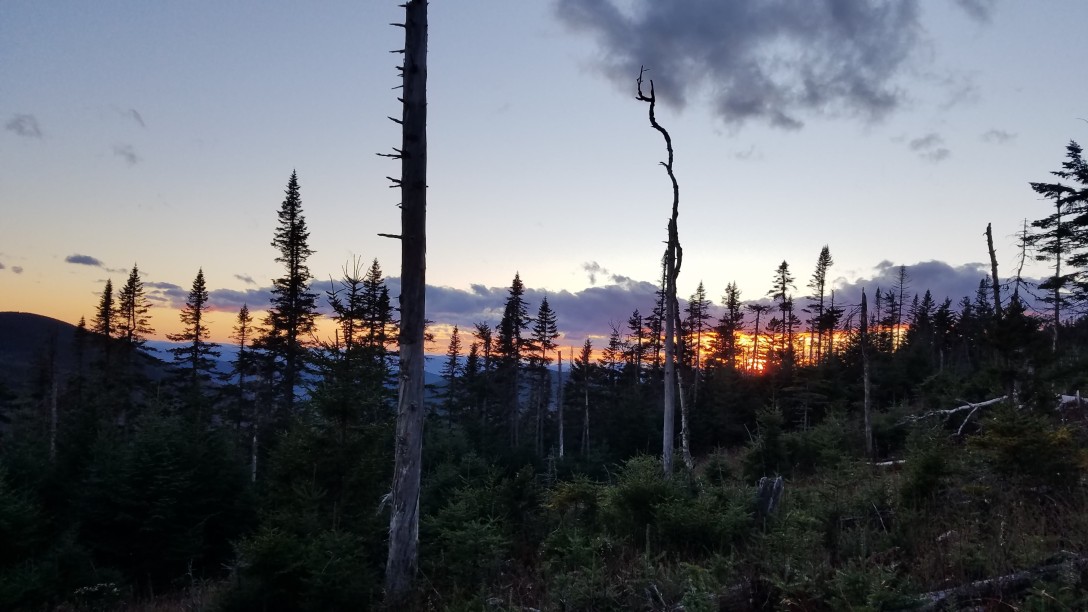 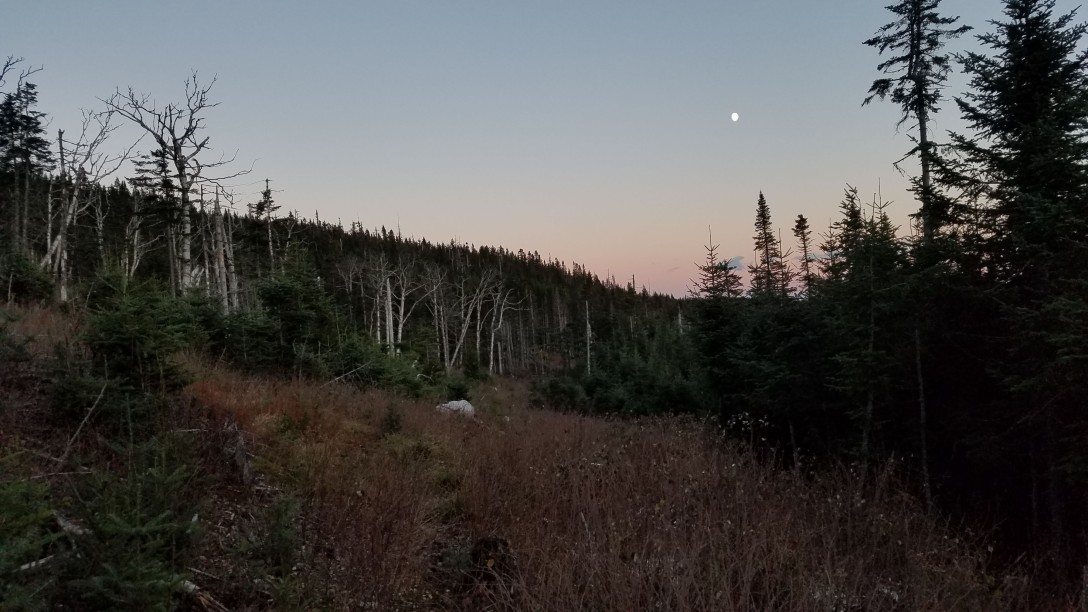 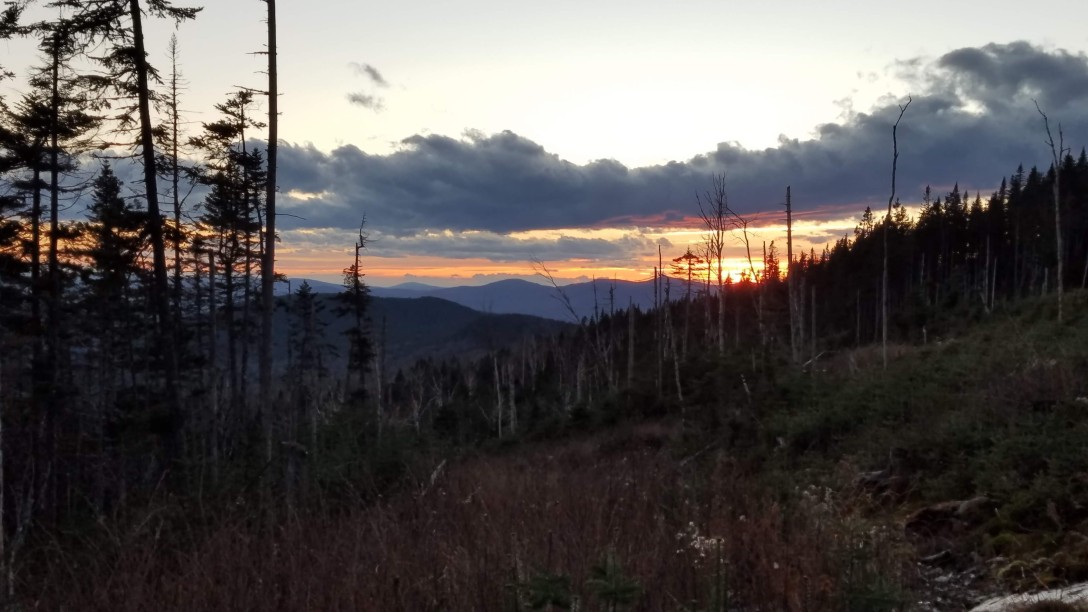 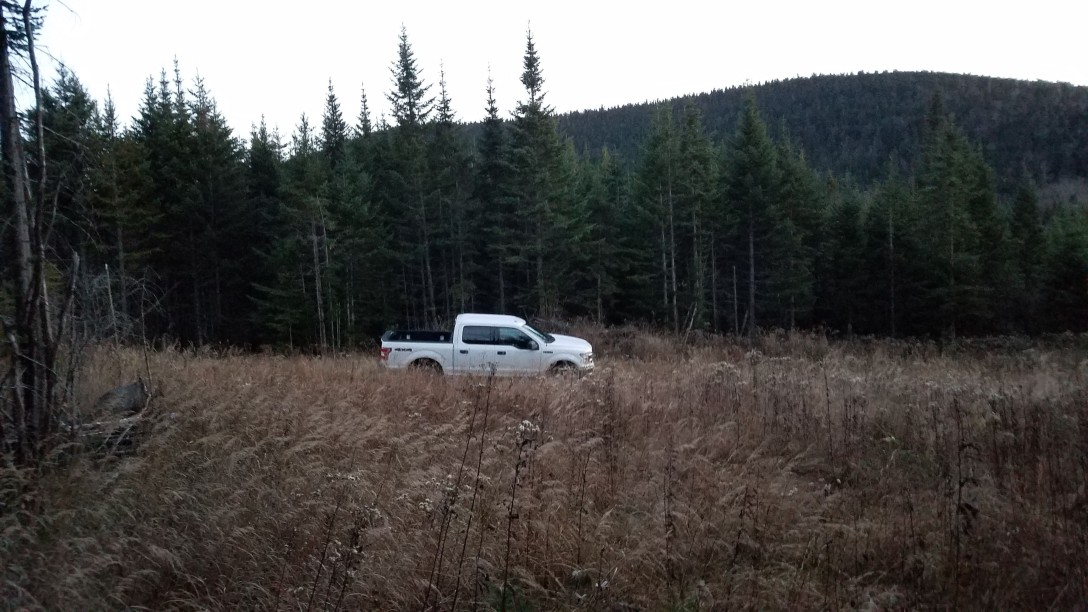 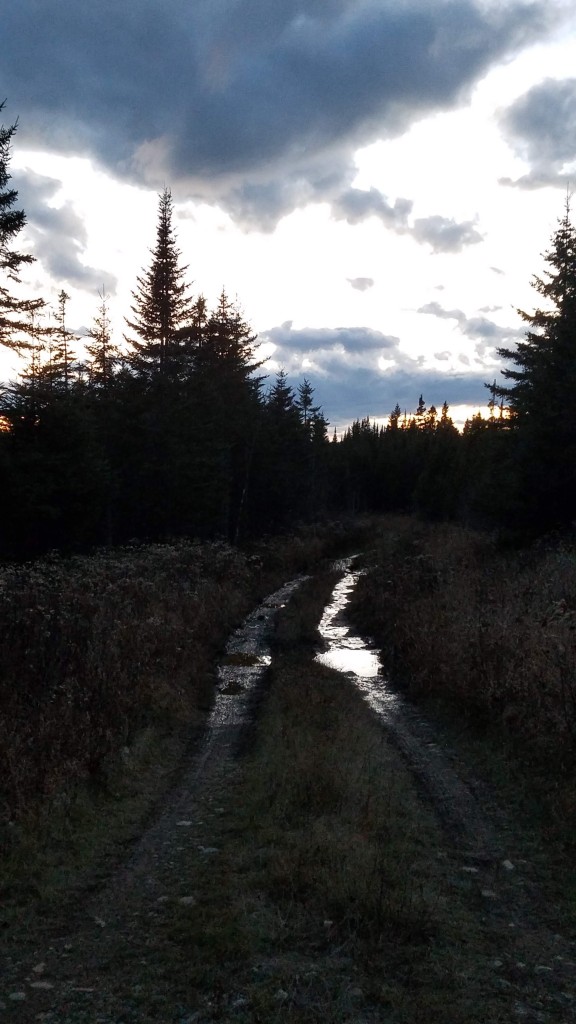