I woke up this morning around 5 and hung out in my sleeping bag until 5:15. I got up and packed up my campsite and was on trail hiking before 6 a.m.

Before I left the campsite, I had an interaction with one of the people at my campsite last night. He had clearly woken up on the wrong side of the bed, or maybe didn’t sleep at all, and was in a very foul mood. He had been acting threatening towards his dog, which was surprised by someone at the next site over, and then he suddenly lashed out and hit the dog. It was early and I couldn’t stand by and watch this man hurt an animal. So on my way out of the campsite, I stopped to tell him that if he kept hitting his dog whenever it was startled, it would just become afraid of people. He reacted angrily and rudely, but I just walked away. I had said what I felt I needed to say. As I was packing away my bear canister by the entrance to the camp area, the two of them came to retrieve their bear canister and the other man wished me a good day, seemingly to try and make up for his friend’s behavior. In all honesty, it took me a while to walk off all the adrenaline from that confrontation.

I hiked up from Feldspar Brook towards Mount Marcy. I dropped my backpack and bear canister and took the herdpath up to Mount Gray.

Then I hiked a little further with my backpack I did the same to summit Mount Skylight.

I refreshed my water at the brook and then headed up to summit Mount Marcy. It was pretty early, maybe 9 or 9:30 when I reach the summit. 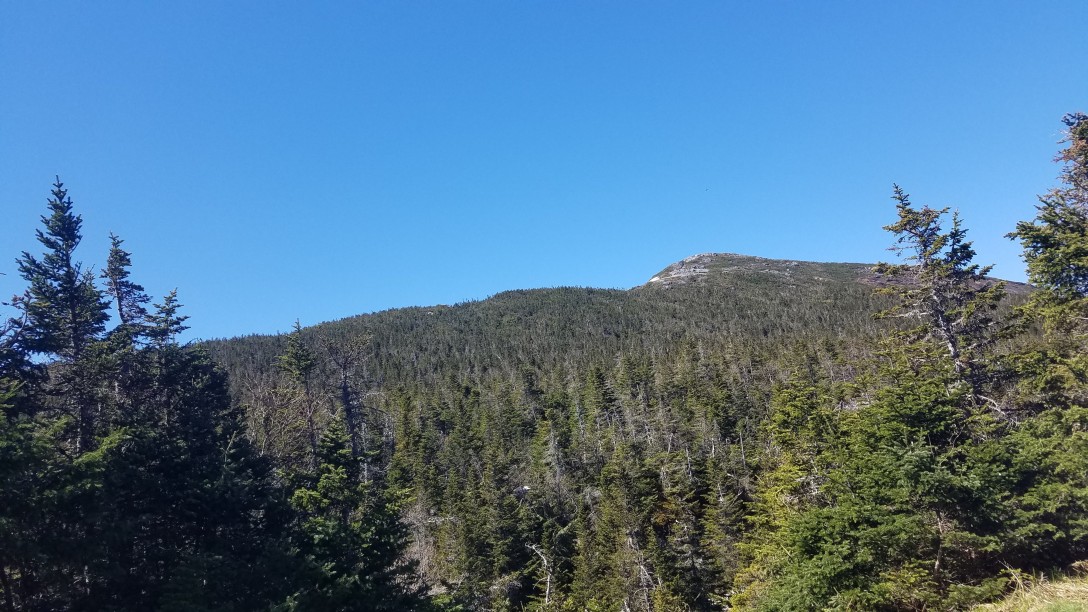 I had a snack and then continued downward. I stay to the left at the next two intersections, and then came to the herdpath for Table Top. Again, I dropped my bag and bear canister and scurried up the side trail to summit. There, I met an American woman from Montreal who’s slowly working on the 46ers; we chatted for a while before I headed back down.

Then I went back to the main trail, retrieved my backpack, and then headed down the trail until I got to the intersection with the Phelps side trail. It was nice to be summiting a peak on a side trail that wasn’t a herdpath; the going was much easier.

After bagging Phelps, I headed back down, retrieved my backpack, hoofed it to the parking lot and managed to arrive by 4:15pm.