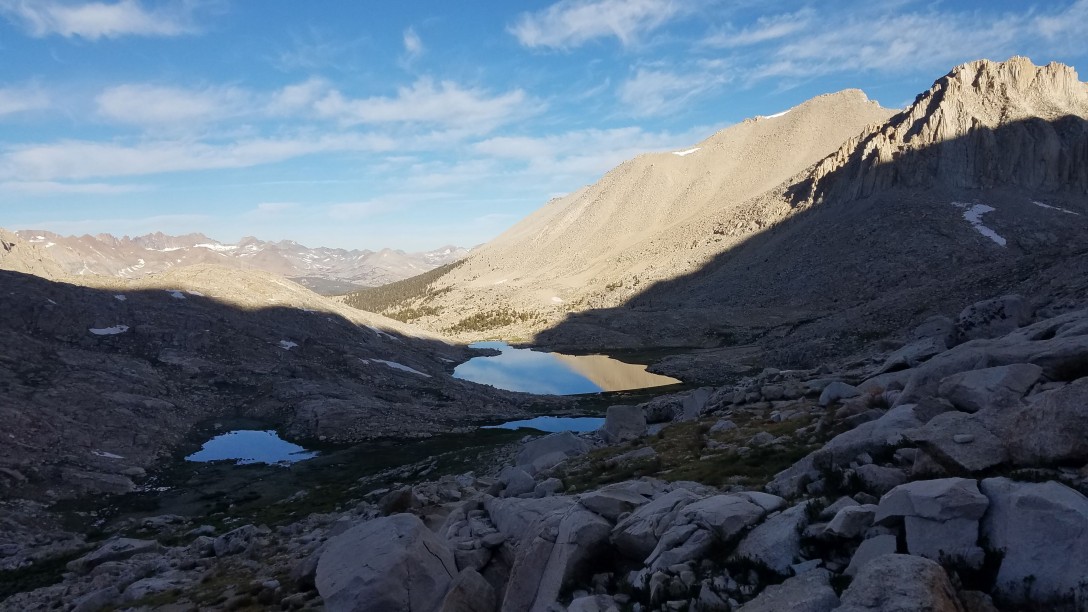 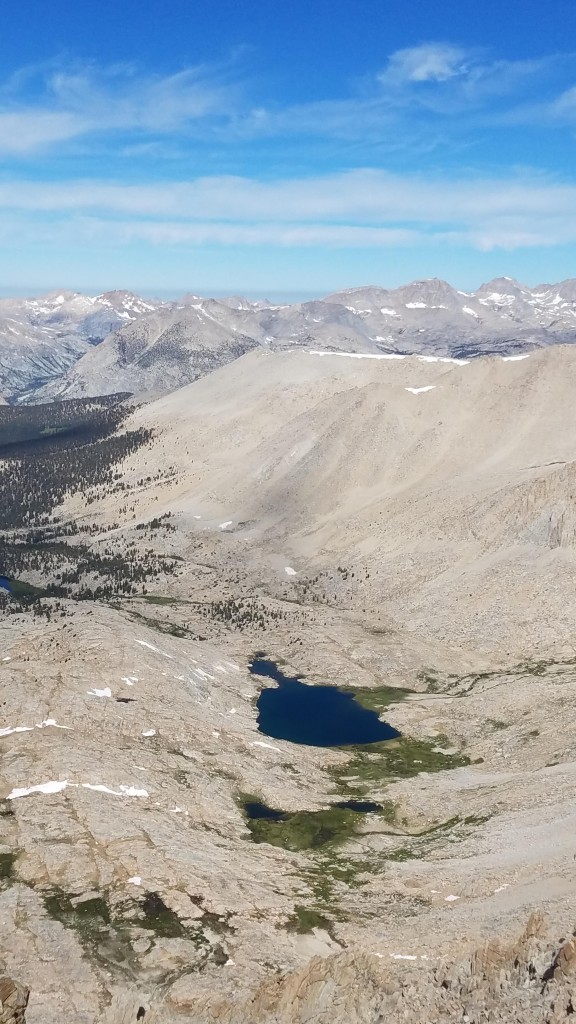 And then I climbed the endless switchbacks up towards the Whitney trail crest (13,470′). Once I got there, I left my pack at the intersection and took my pack lid for the 1.9 mile final climb up to the summit of Whitney (14,505′). I arrived at the summit around 10:30am. I ate a snack, got some pictures, and then headed back to retrieve my pack. From there, it was a 9 mile downhill hike to Whitney Portal (8374′).

I arrived at the portal at 3:15pm, and stopped at the store/cafe for lunch (where they confirmed there was space available at the hostel) before heading down the road to solicit a ride into town. It took me more than half an hour to get a ride, since there were so few cars leaving that early in the day. I finally ended up approaching a man who was looking for his car, and he was willing to drop me in Lone Pine 12 miles away. I arrived in town around 4:30pm and checked into the hostel. I showered, charged my phone, visited the grocery store, did my laundry, and had Chinese food for dinner. I wanted to conk out at 9pm, but people were still up, so I didn’t get to bed until around 9:45pm.