After breakfast this morning, David (section hiking ER doc) and I were dropped off at Wilbur Dam Rd by 8:25am. We each hiked our own pace but David offered to drop me off in Damascus when he arrived at TN 91 if I were to wait for him. I decided to take him up on that offer.

Today started off with a climb of ~1,200′. I’d been warned by a NOBO hiker that there was no water directly on trail until right before TN 91; however, I brought my normal 1.5L of water. I was lucky – it was cool so I wasn’t sweating much and didn’t need much water. I passed by Vandeventer shelter and Iron Mountain shelter during my day.

The terrain was a lot of up and down. Additionally, there were dozens of large blowdowns – trees that came down in a fierce storm a few months ago. Apparently, AT maintenance crews are not allowed to use gas powered saws (have to use hand saws) within national land areas, and it’s within a national forest. They require permission from the federal government, which hasn’t happened. So they haven’t been able to clear the trail for months since the trees are large and numerous. A shelter yesterday, Laurel Fork, has been closed since the storm due to a precariously fallen tree near the shelter that is dangerous to people.

Tonight, I’m staying at Woodchuck hostel in their bunk room and they’ll give me a shuttle to TN 91 so I can slackpack back to them. After that, I’m hoping to slackpack another ~20 miles north, since there very few hostels between here and Pearisburg. And I’m trying to focus on this being a vacation and not a thru-hike. 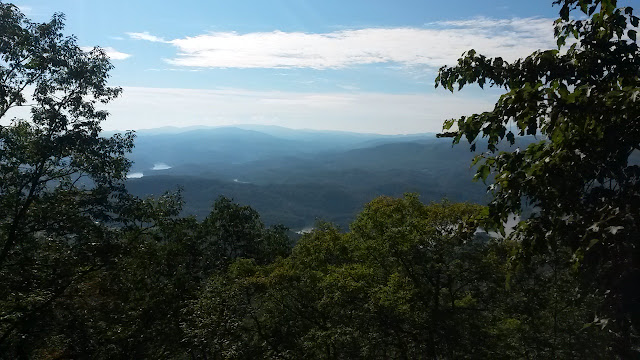