This morning over breakfast, I met two fellows (Mark and Stephen who are father and son) who were going to TN 91 at 7am as well though they’d arranged it through a local outfitter rather than the hostel. I asked if I could accompany them. They said yes and in the end, since they weren’t charged extra, let me go along for free. So I ended up not needing to pay for either of my rides between TN 91 and Damascus. I also just got offered a free ride to Whitetop Mountain Rd tomorrow. It’ll be a bit later start than I normally would (8am departure, ~9am arrival) but I still anticipate I’ll get to town by 5pm. And it’s free, so I’ll take it!

Today, I started out from TN 91 with Mark and Stephen. We kept pace with each other and hiked together for quite a bit of the day. I passed by Double Springs and Abingdon Gap shelters. I climbed past Locust Knob, Low Gap, Double Spring Gap, McQueens Knob, McQueens Gap, and the TN-VA border. I/we made spectacular time; after being dropped off at 7:30am, I was into town by 2:45pm.

During today’s hike, one of my poles broke. While I like the light weight of the Black Diamond Z trekking poles, this is the third set to break on me. I’m not a big person; I don’t use my poles in a particularly rough way. I called Black Diamond and they said they could replace them but only through their warranty department, which takes a few days just to process before they ship. So I went to the local outfitters, Mt Rogers Outfitters, where I’d made an acquaintance of a fellow who works there named Lumpy. He and I had chatted yesterday and he was nice; he was also this morning’s shuttle driver. He showed me the poles they sold ($60 was the cheapest set); he then went in the back to see if they had any used single poles lying around. And he brought out a banged up REI adjustable pole and gave it to me for free, just like that. Trail magic is lovely. 🙂

At the first shelter, I chatted with some SOBO thru-hikers. Turns out, they’d stayed at the Broken Fiddle, a new hostel in Damascus that has connections with Boots Off Hostel. And they traveled with Kevin, the hostels’ garden nome that travels between them. 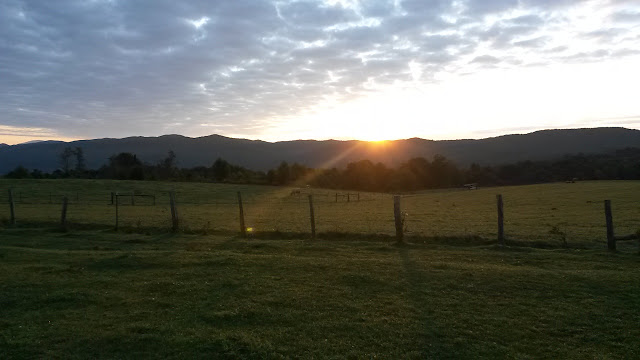 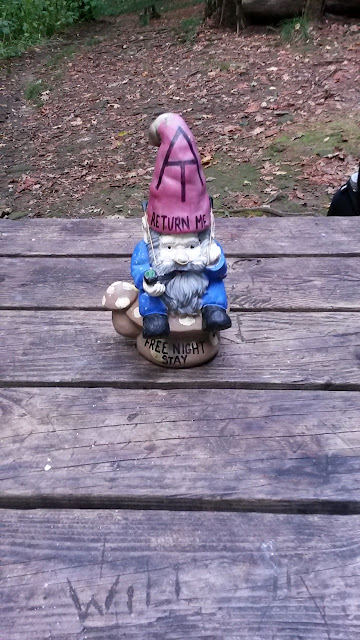 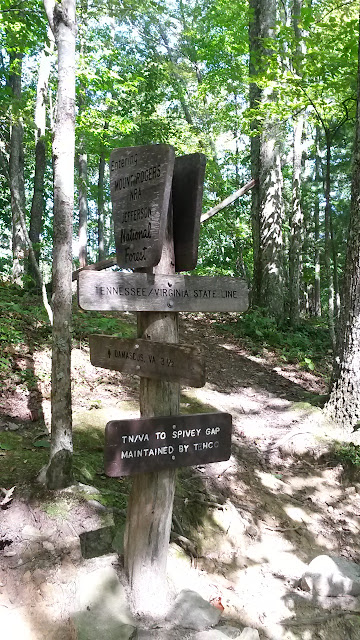 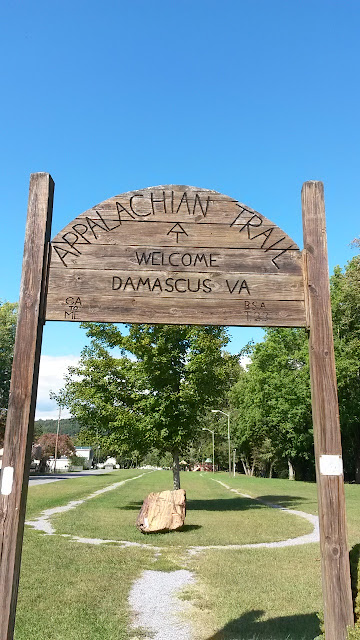