I started out from the trailhead parking lot around 3:15pm. I ascended Noon Peak via the Sandwich Mountain Trail (~2.8mi). For the first mile or so, the trail was broken out and packed down. 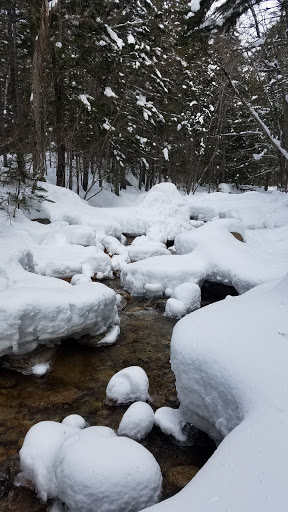 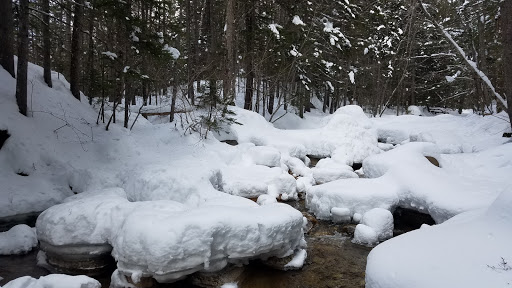 For the last 1.8 miles, the knee deep snow was untouched. Sandwich Mountain Trail has some sections that hit a 45% grade that were incredibly challenging to climb while breaking trail. It slowed me to less than a mile an hour. 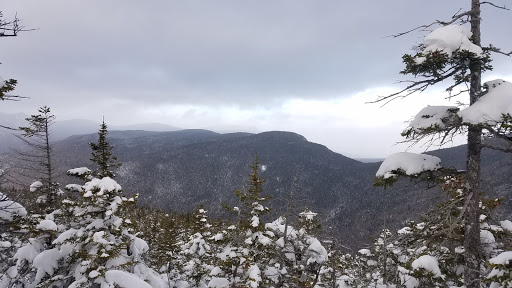 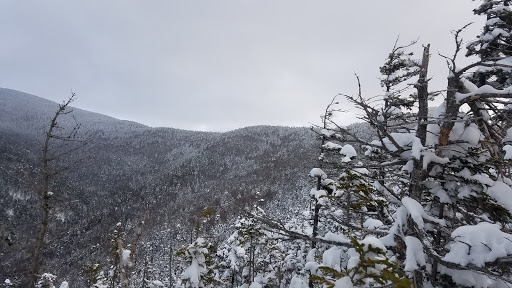 It took me almost three hours to get to the trail intersection with Drakes Brook Trail (3.2mi). I had an hour of daylight left and still had 1.3 miles of unbroken trail to get to Sandwich Dome. I was cold and utterly exhausted from breaking trail, so I decided to call it a day. 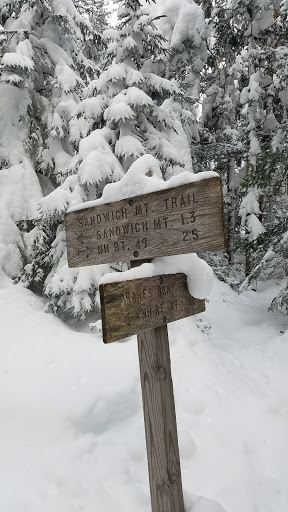 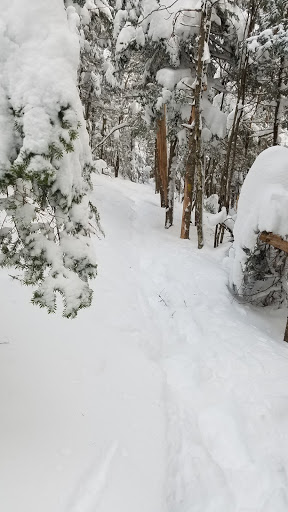 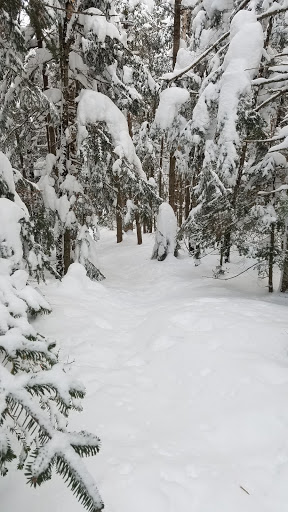 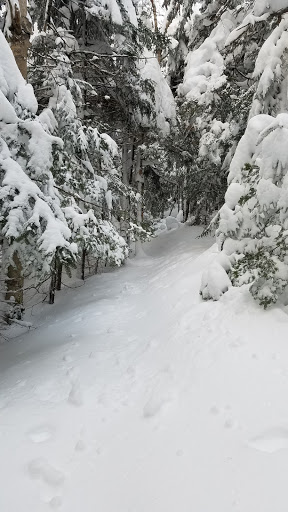 It took me another two hours to get back to my car. I descended to my car by way of Drakes Brook Trail, though I later thought that it might have been a better idea to descend back the way I’d come, since Drakes Brook Trail was not broken out either. Additionally, half a mile from the parking lot, Drakes Brook Trail crosses over the brook. This ~20 foot wide brook was still running strong in the middle, with no snow bridges of any kind. No one had crossed it since the snow storm dumped 2-3 feet of snow the week before. It was a very treacherous crossing, made that much worse because I had to navigate it after full dark with a headlight. The far bank was a good 2-3 feet higher than where I was coming from, meaning I had to climb up onto an unstable snow shelf over running water. As I was crossing, one of the spots I put my left foot collapsed as I was crossing, dunking the toe of my boot in the icy water (this almost immediately froze, making my toes that much more numb).

After I got back to my car and drove the half an hour to The Notch Hostel where I was staying, I still couldn’t feel the toes of my left foot. It took a few minutes in a hot shower for the feeling to fully come back to my left foot. There were no lasting effects, but it was disconcerting. The numbness and exhaustion from breaking trail made me reassess my hike for the next day, and change its location.