After a restless night, I was up at 5:15am, and arrived at the trailhead by 6am. I parked at the Basin parking lot and, wearing spikes, walked along the bike/snowmobile path to get to Lafayette Place, watching the sun rise over Cannon. 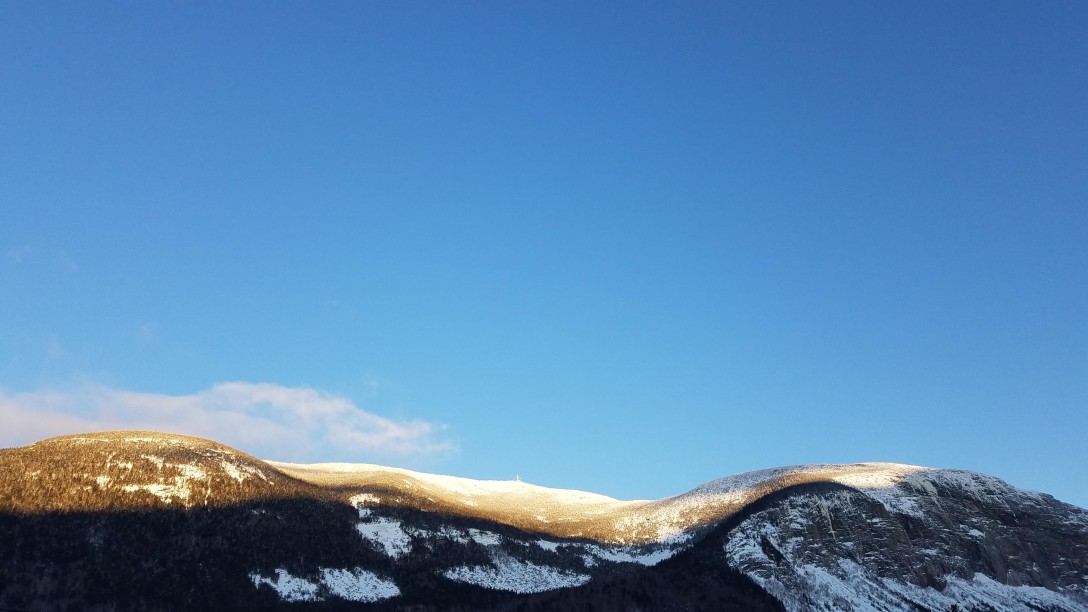 After a quick bathroom detour (bless the one open privy I saw the whole day), I scampered up the Old Bridle Path. The morning views of Lafayette were incredible. 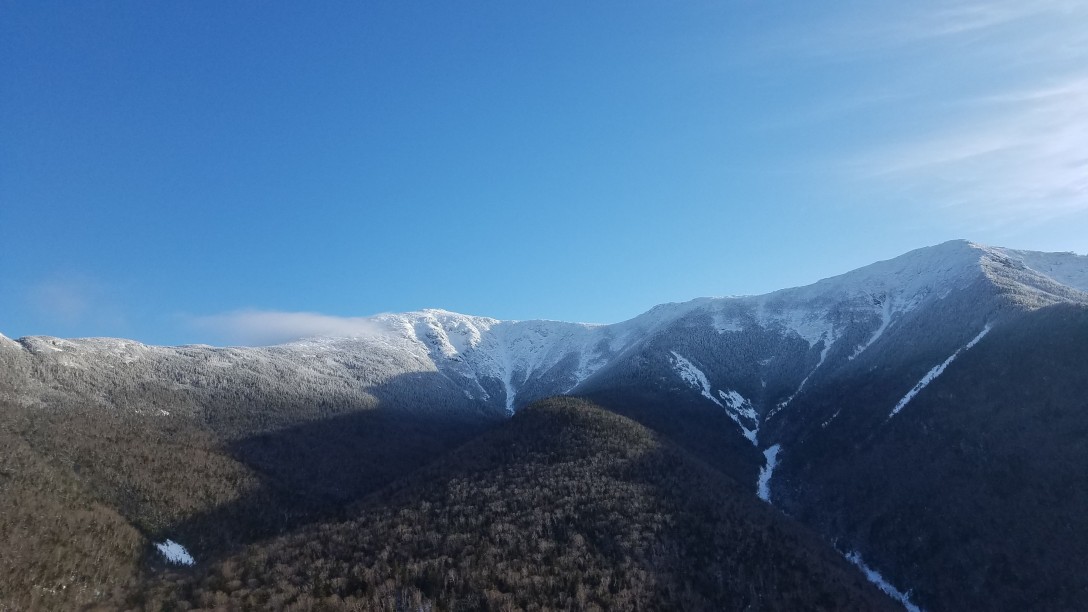 After passing a group of 4, I arrived at the Greenleaf hut. I stopped for a few minutes to tape my left heel and put on my hat, and then headed up for the final push to the summit.

I arrived at the summit, after navigating a very steep and icy section that I would NOT want to descend, to awesome views of Mt Washington and the Presidentials.

From Lafayette, I hiked over to Lincoln and then down to Little Haystack, where a lot of novice winter hikers were ascending the ridge via the Falling Waters trail. They all had tiny small summer day packs, with maybe a water bottle, snack, and an extra pair of gloves. They didn’t have snowshoes and did not appear to be prepared for anything to go differently than planned. After the trail intersection with Falling Waters, I swapped out the spikes for snowshoes and followed the only other set of footprints along the Franconia Ridge trail, towards Liberty. I was very happy for the other set of footprints, as it made navigation a bit easier, since they had done the work of trail finding for me. There were a number of blowdowns and sometimes I had to try 2-3 different trail tendrils before finding the correct one that continued onward. I found a few spruce traps that my compatriot had missed and avoided a few that they fell into. After 1.8 miles of that, I was very happy to emerge onto the intersection with the Liberty Springs trail, which was a packed highway. I left my snowshoes on and, passing by Mt. Liberty with maybe a dozen people at the summit, headed towards Flume.

As I descended from Liberty, three people were ascending and the last told me that there were no more people between me and Flume. So I had a nice leisurely jaunt up Flume, stopping to bask in the extravagant view of the Franconia Ridge.

Then it was back down and up to Liberty, where I took a quick break to drink some soup and swap my snowshoes for spikes again. Then I descended the Liberty Springs trail back towards the Basin parking lot. I stopped to chat with a nice woman for maybe half an hour on the way, and I arrived at my car before sundown.

After the hike, I headed back to the Notch Hostel, stopping by the Purple Tomato for a sandwich on the way. Unfortunately, the hostel was hosting a speaker, so the entire second floor of the hostel was taken over for a number of hours, making it impossible for me to cook the dinner I’d intended. I hid in my bunk room for the most part, and then made an adapted dinner in the tiny first floor kitchen. After my early morning, I was in bed and asleep by 9pm.